The presence of mould is not always obvious. Mould may exist behind wall lining and in roof spaces for some time causing residents continued respiratory discomfort and only become evident when the spores penetrate surfaces and discolour facings.

Our photo gallery below provides an example of the damage mould will do when left unchecked.
The property residents were experiencing chronic respiratory problems before our arrival. This property required the use of an Air-Scrubber for several days allowing our staff to start work immediately, removing contaminated timbers and reinstating the bathroom area. Happily our client and his family are now experiencing good health.

The CSS Plan of Action

After the flood water has gone

Mould is often the largest problem when a household has been flooded. Mould can create an enormous amount of damage if not treated promptly. It grows at a fast rate when moisture is present and can cause a home to require complete renovation, which can be a costly process.

DIY Mould Decontamination – What You Need To Consider

Mould becomes a serious problem when it lands on a wet or damp spot and begins growing. One such mould, stachybotrys chartarum grows on water damaged materials such as ceiling tiles, insulation, wood and wall linings. It is capable of producing toxins which can cause serious health issues. Individuals who have been exposed to this fungus show symptoms such as:

It is particularly harmful to those with respiratory problems such as asthma and emphysema.

Due to the nature of the stachybotrys chartarum (Types Mould and Classification) mould it is recommended by Health Experts that persons employed to carry out this type of repair work must be trained in the removal of contaminated debris and when doing so must be protected by the use of breathing apparatus and protective clothing.

All mould has the potential to cause health problems such as allergic reactions sneezing, runny nose, red eyes, and skin rash. It can also irritate the eyes, skin, nose, throat, and lungs.

Immediate action is important and our staff are fully versed in the professional method of dealing with this problem including the use of zip walls and Air Scrubber to prevent spore migration and cross contamination.. Once established, mould is extremely difficult to eliminate, frequently causing problems for many months after the remediation and recovery effort are accomplished. Odour from mould and mildew accumulation can also have an unpleasant effect in your home.

Contact Contaminated Site Solutions we will use the latest Technology to remove mould odour and microbial spores as quickly as possible, so you can return your home to pre mould conditions. 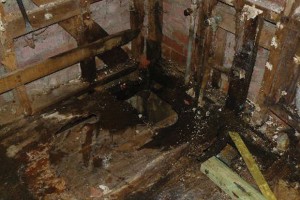 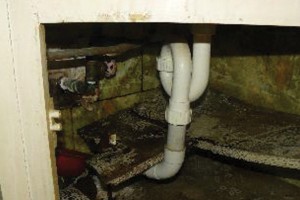 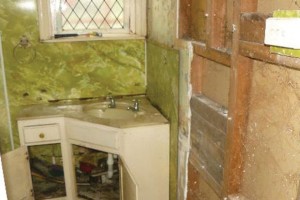